A 7-day, single-centre, small group birdwatching tour to Fuerteventura, in the Canary Islands

Limosa's late autumn birdwatching tour to the island of Fuerteventura offers some great birding prior to the arrival of winter. Whilst all the islands in the Canary Islands are home to some special birds, what makes Fuerteventura unique is that it is home to the Canary Islands Stonechat which is found nowhere else. The island is also probably the best place in the world to see the endangered Houbara Bustard. Three other Macaronesian endemics, Plain Swift, Berthelot's Pipit and Atlantic Canary, can be found here too and it is also a great location to see specialities such as Cream-coloured Courser, Black-bellied Sandgrouse, African Blue Tit and Trumpeter Finch so join Limosa’s Fernando Enrique Navarrete for some relaxed autumnal birding.

International flights, insurance, drinks, airport/in-flight meals and snacks and other items of a personal nature

The Land Only Tour Cost is the amount you will pay Limosa.

Despite the end of many pandemic restrictions, it is still proving extremely difficult to predict future flight prices and schedules. As a result, we have taken the decision to continue to price our holidays as excluding international flights.

To keep the process as simple as possible, we are working very closely with a dedicated agent at Travel Counsellors, Sacha Barbato, who is essentially now our “in house” flight consultant.

Sacha is a highly experienced independent ATOL bonded travel agent, and his contact details are as follows: sacha.barbato@travelcounsellors.com and 01603 360099

This will also sometimes give you the option to travel from a regional airport if you prefer.

This one-week birdwatching tour to the Canary Islands features a six-night stay on the island of Fuerteventura, one of the two eastern islands of this fascinating Atlantic archipelago and, unquestionably, the most interesting for birds.

Lying just 60 miles off the Moroccan coast, islands in the eastern part of the Canaries group are more strongly influenced by the proximity of North Africa and the hot, dry climate results in a very different flora and fauna to the wetter and more westerly islands such as Tenerife and Gran Canaria.

On Fuerteventura, the rocky slopes of once mighty volcanoes have been sculpted by the wind into an endless variety of surreal shapes, and peculiar, cactus-like Euphorbias and giant Lobelias can be found.

This arid, semi-desert landscape is home to the unique Canary Islands Stonechat, an attractive endemic species that is found only on the island of Fuerteventura and nowhere else. Fuerteventura is also a vital stronghold for the endangered Houbara Bustard; indeed, it is probably now the best place in the world to see this fast-disappearing species.

As we search for these two scarce and very special birds, we should come across a range of other desert dwelling specialists, such as Cream-coloured Courser, Black-bellied Sandgrouse and Trumpeter Finch.

Being an island, the overall range of species is relatively low (we can expect to see in the region of 50-65 species during the week) but this is more than made up for in quality. Three further Macaronesian endemics - Plain Swift, Berthelot’s Pipit and small numbers of Atlantic Canary - also find a home on Fuerteventura, while the likes of Barbary Partridge, Egyptian Vulture, Laughing Dove, Lesser Short-toed Lark, Desert Grey Shrike, Spectacled Warbler and African Blue Tit are among an array of other possible treats.

Cory's Shearwaters are regularly present offshore and waders we should see include Black-winged Stilt and Kentish Plover.

Several pairs of Barbary Falcon (variously regarded as a full species or subspecies of Peregrine) now breed on the island and we will hope to find them during our stay.

Another appealing aspect of any autumn birdwatching tour to the Canary Islands is the chance of encountering lost migrants from Africa or even a trans-Atlantic vagrant or two from North America as October and early November are an excellent time to encounter these.

We also plan to visit the two small wetlands on the island, where we can expect to find Ruddy Shelduck (a relatively recent arrival to Fuerteventura that is now well established on the island), and where 'waifs and strays' have included Marbled and Ring-necked Ducks.

Our autumn 2019 tour was lucky to enjoy superb views of a Dwarf Bittern, a vagrant here from its home in sub-Saharan Africa!

English-speaking guide Fernando Enrique Navarrete lives on the Spanish mainland and leads most of our Spanish holidays. He knows all the Canary Islands, including Fuerteventura, very well so join him for a week of relaxed autumnal birding.

Day 1
FLY TO FUERTEVENTURA
Our autumn birdwatching tour to Fuerteventura in the Canary Islands begins with a scheduled flight direct to the island. Transfer to our comfortable hotel for the week. Night Fuerteventura

Days 2 - 6
FUERTEVENTURA
Measuring approximately 60 miles long by 18 miles wide, Fuerteventura is at the eastern end of this Atlantic archipelago and is the second largest of the Canary Islands after Tenerife.

Being just 60 miles off the coast of North Africa also makes Fuerteventura one of the two closest of the Canary Islands to the African mainland and its arid, desert-like landscape is similar to that of southern Morocco. As a result, the birding highlights include a range of dry country specialists such as Cream-coloured Courser, Black-bellied Sandgrouse and Spectacled Warbler that can sometimes be tricky to find elsewhere.

Egyptian Vultures still soar over the island's hills and plains, although numbers are low nowadays and they can be hard to find.

The two 'star birds' on Fuerteventura are the Canary Islands Stonechat that is found only on this island and nowhere else in the world and the Houbara Bustard.

The former has a penchant for the island’s vegetated barrancos (arid gorges), while the latter is a bird of the island’s semi-desert hillsides and plains. As the population of Houbara Bustards elsewhere in the world continues to dwindle due to persistent hunting, Fuerteventura is now probably the best place to catch up with this highly endangered bird.

Plain Swift, Berthelot’s Pipit and the scarce Atlantic Canary are three further Macaronesian endemics we shall be looking out for during our stay on the island.

As we search for these, we should come across Trumpeter Finches and the more wary Barbary Partridge, two semi-desert specialists which are more numerous and generally easier to find here than elsewhere in the Canary Islands.

Lesser Short-toed Larks are also numerous on Fuerteventura and other notable species we should encounter during our travels around the island include Stone-curlew, Kentish Plover, Laughing Dove, Desert Grey Shrike and African Blue Tit.

Scanning offshore, we will hope to find Cory's Shearwater and whilst exploring the coastal cliffs there is a chance of locating a Barbary Falcon.

Whilst Barbary Ground Squirrels may scurry amongst the rocks, they are not in fact native to the Canaries having been introduced to the islands from Morocco.

Not unsurprisingly, wetland areas are few and far between in this arid landscape so the island's reservoirs act as a magnet to migrants as well as resident species. Ruddy Shelduck and Black-winged Stilt are usually present and, in October-November, a variety of passage waders are also possible around the shore including Little Ringed Plover, Ruff, Greenshank, Whimbrel, Dunlin and Little Stint.

Windblown wetland birds of all shapes and sizes also have a habit of turning up here and more unusual sightings in recent years have included Bittern, Squacco Heron, Marbled Duck, Allen’s Gallinule and even a Dwarf Bittern, which performed superbly and at close range for participants on our autumn 2019 tour!

Autumn is also a good time to check for vagrants from ‘across the pond’ and North American waterfowl such as Blue-winged Teal and Ring-necked Duck are not infrequently recorded on the island. Five further nights on Fuerteventura

Day 7
FUERTEVENTURA, FLY TO UK
Depending on airline schedules, we may have time to enjoy some final birding on the island before returning to the airport and catching our flight back to the UK, where our birdwatching tour to Fuerteventura concludes.

WHAT TO EXPECT
Our tours to the Canary Islands are not ‘run-of-the-mill’ package holidays as our tour price includes the cost of all accommodation and main meals, plus all the birding excursions, transportation and expert services of the Limosa guide.

The climate in the Canary Islands is very pleasant and near perfect all year round. Lying closest to Africa, the more easterly island of Fuerteventura is drier and averages a little warmer than Tenerife in the west. Expect temperatures in the range of 18-21C (65-70F), with likely highs of 24C (75F) and up to 9 hours of sunshine per day.

Rainfall is low and averages just two or three wet days per month in October-November with monthly totals of 8-13 mm.

BUTTERFLIES
Fuerteventura has a small but fascinating list of butterflies. We may be out of season for some, but those we should see include the tiny African Grass Blue, African Tiger and Monarch.

ACCOMMODATION
Six nights at a good and comfortable hotel on Fuerteventura. All rooms have private facilities.

MEALS
All main meals are included in the tour price, commencing with dinner on Day 1 and concluding with breakfast on Day 7.

Breakfasts and dinners will be taken at the hotel. Lunches will usually be picnics although we sometimes enjoy a meal at a local restaurant or cafe.

Comfortable walking shoes or lightweight boots with good grip are recommended. Training shoes may suffice at times but note that the volcanic rock can be hard and rough underfoot at times, so we advise you bring shoes with sturdy, corrugated soles.

Despite the end of many pandemic restrictions, it is still proving extremely difficult to predict future flight prices and schedules. As a result, we have taken the decision to continue to price our holidays as excluding international flights.

To keep the process as simple as possible, we are working very closely with a dedicated agent at Travel Counsellors, Sacha Barbato, who is essentially now our “in house” flight consultant.

This will also sometimes give you the option to travel from a regional airport if you prefer.

View a gallery of images for this tour below, click on an image to view as full size with caption 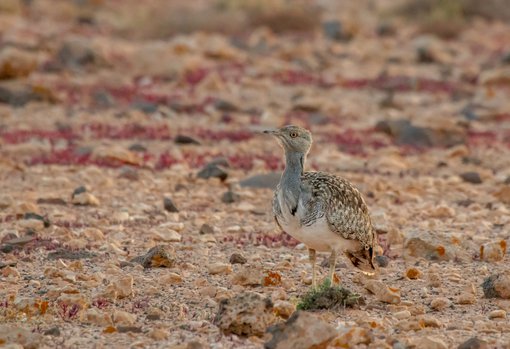 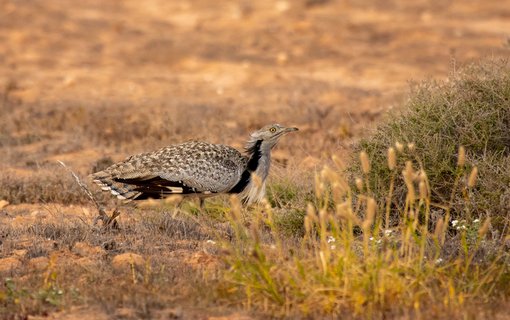 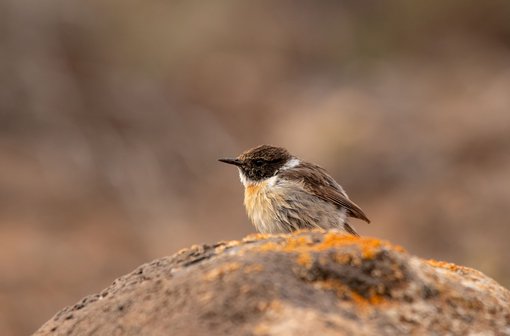 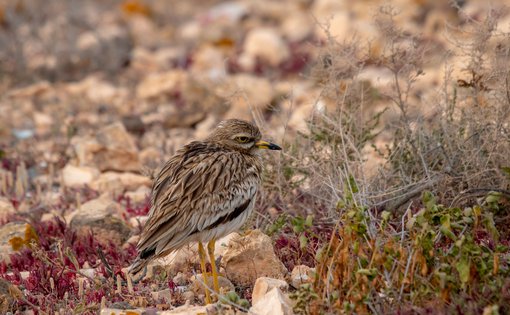 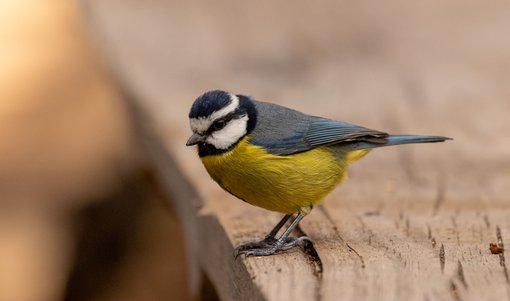 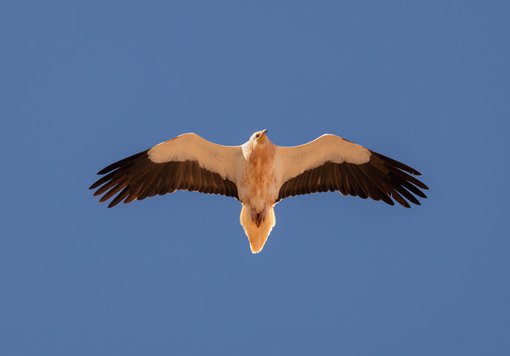 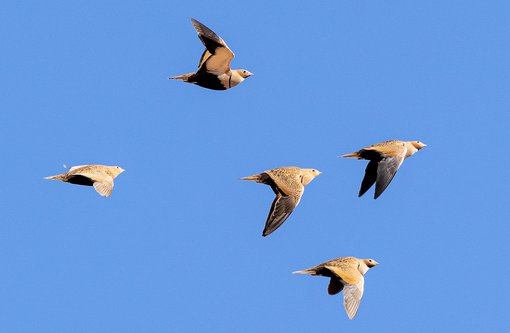 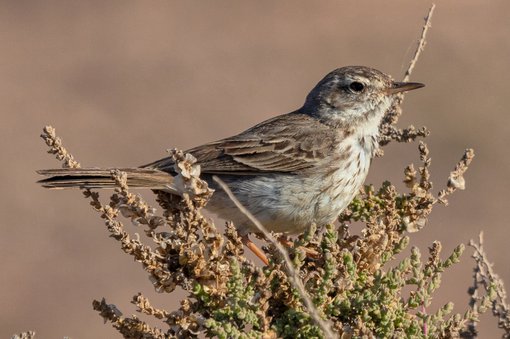 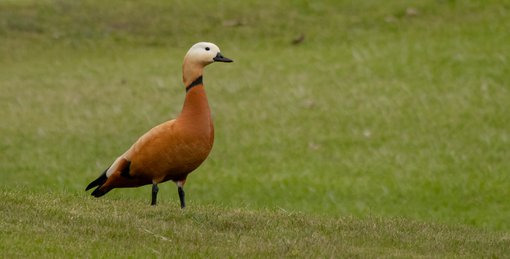 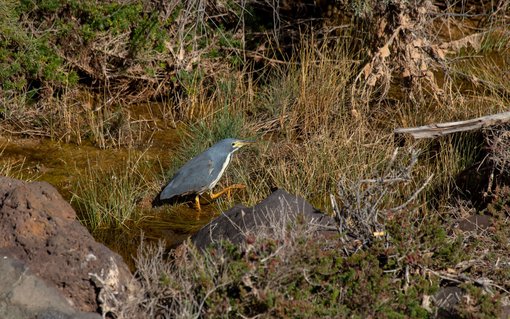 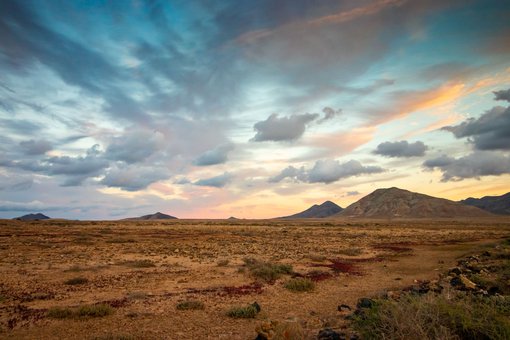 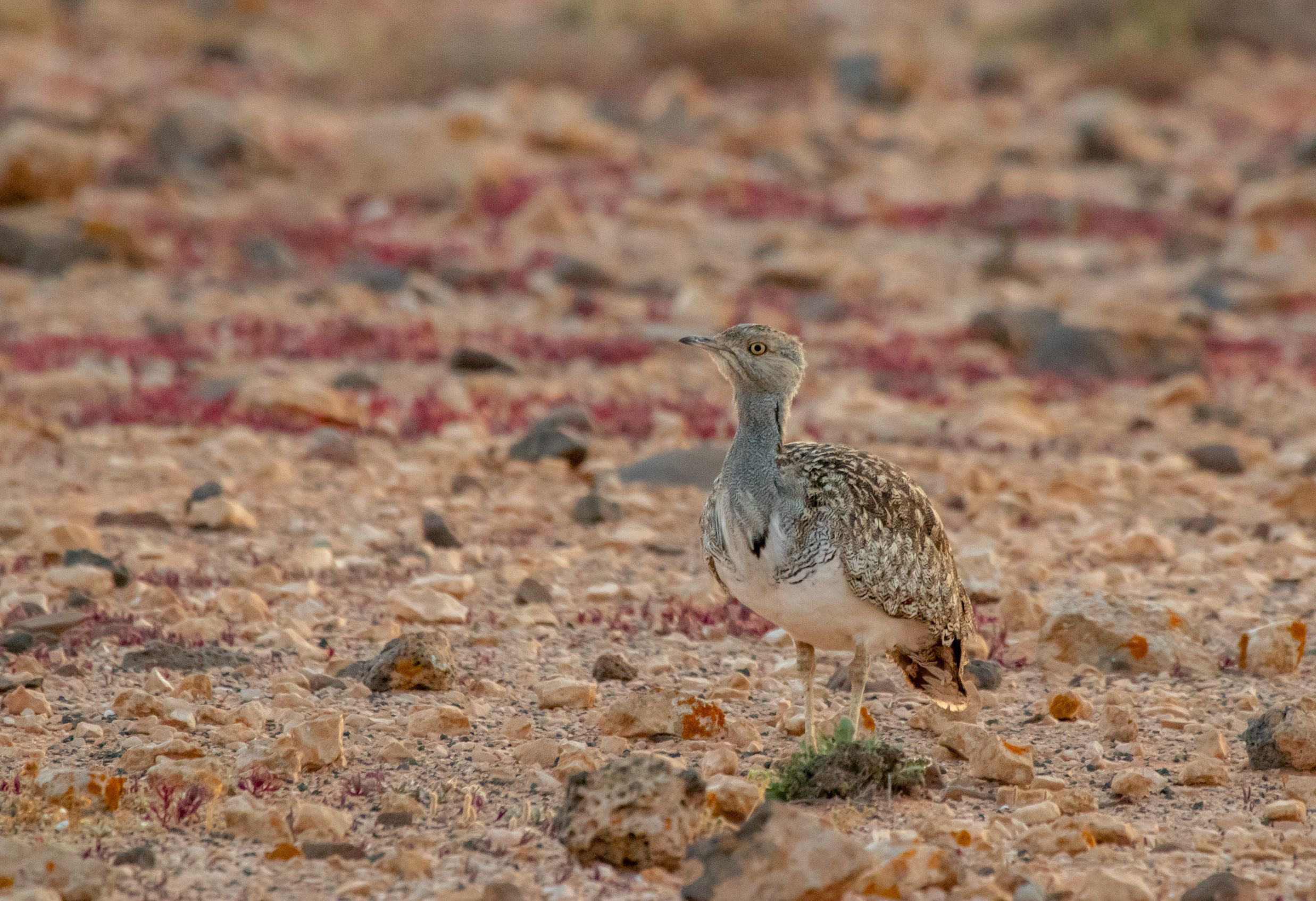 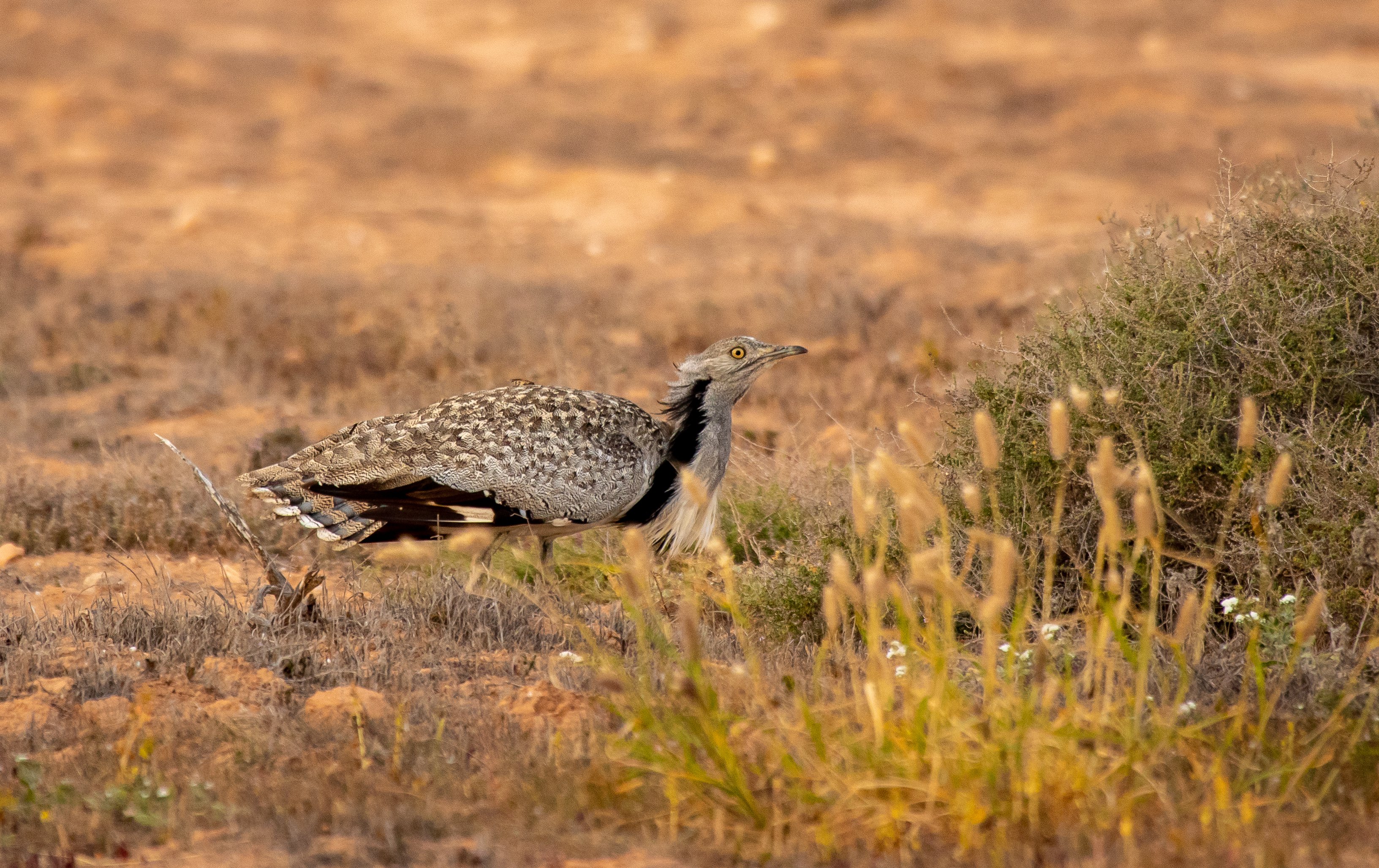 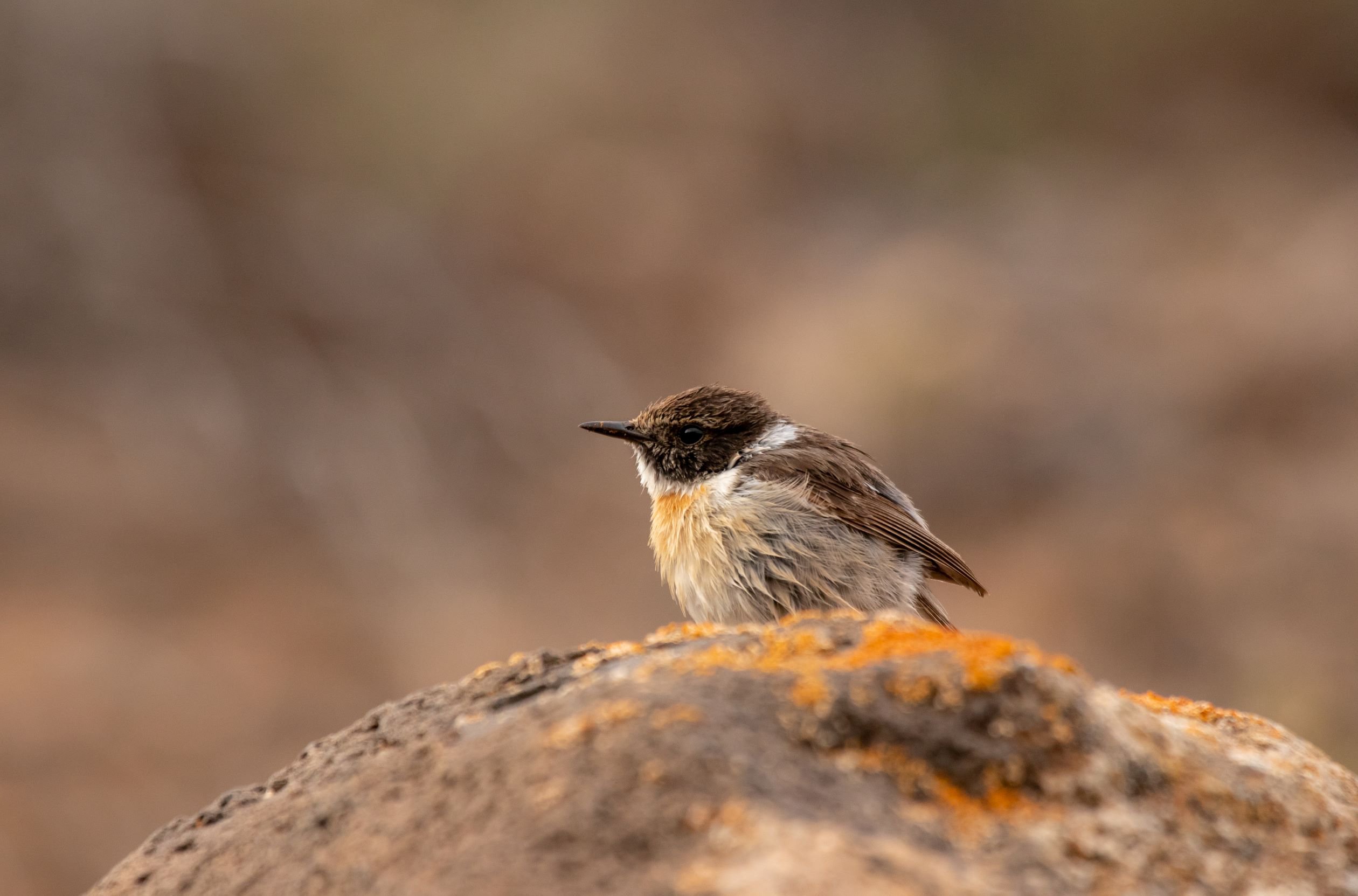 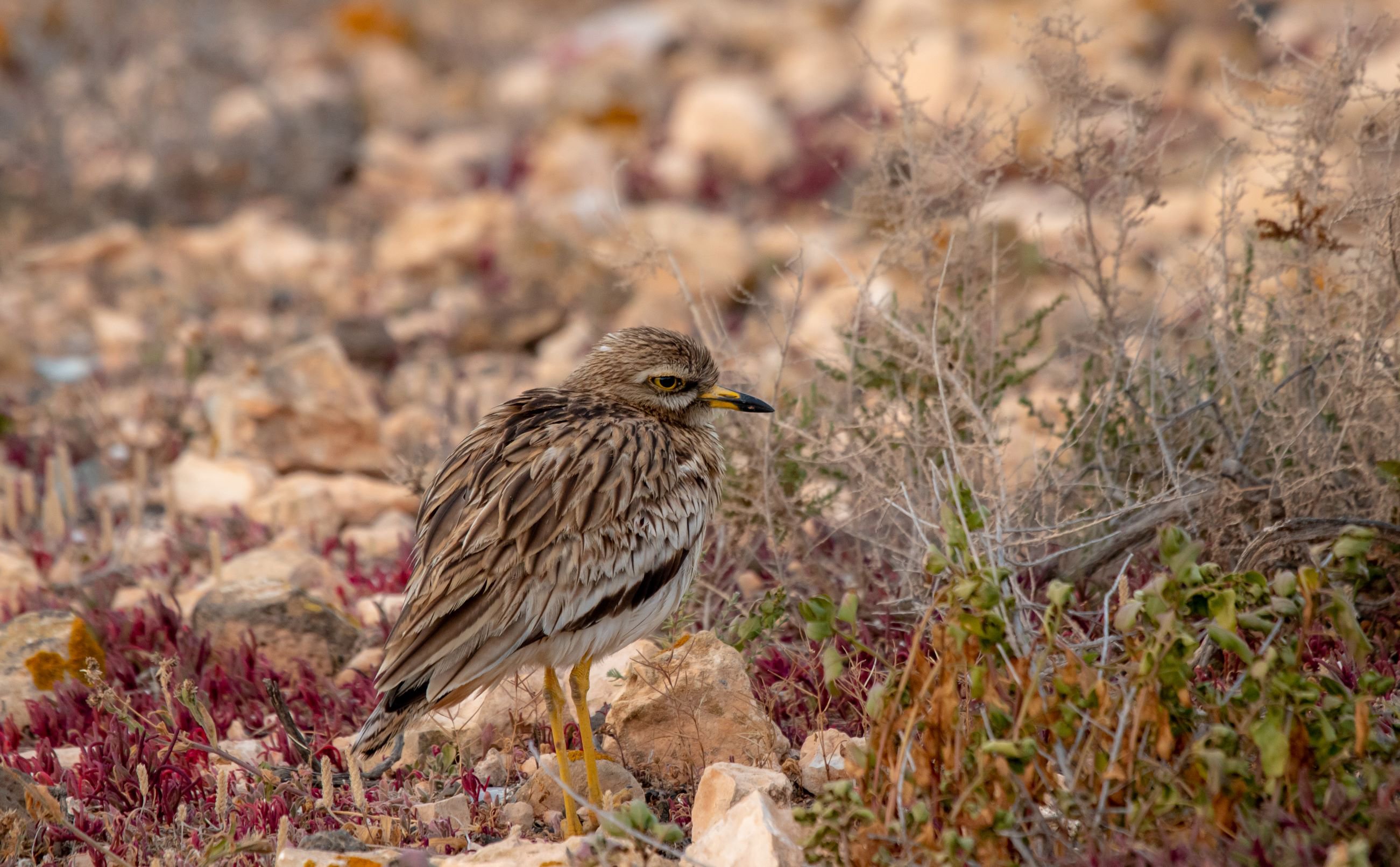 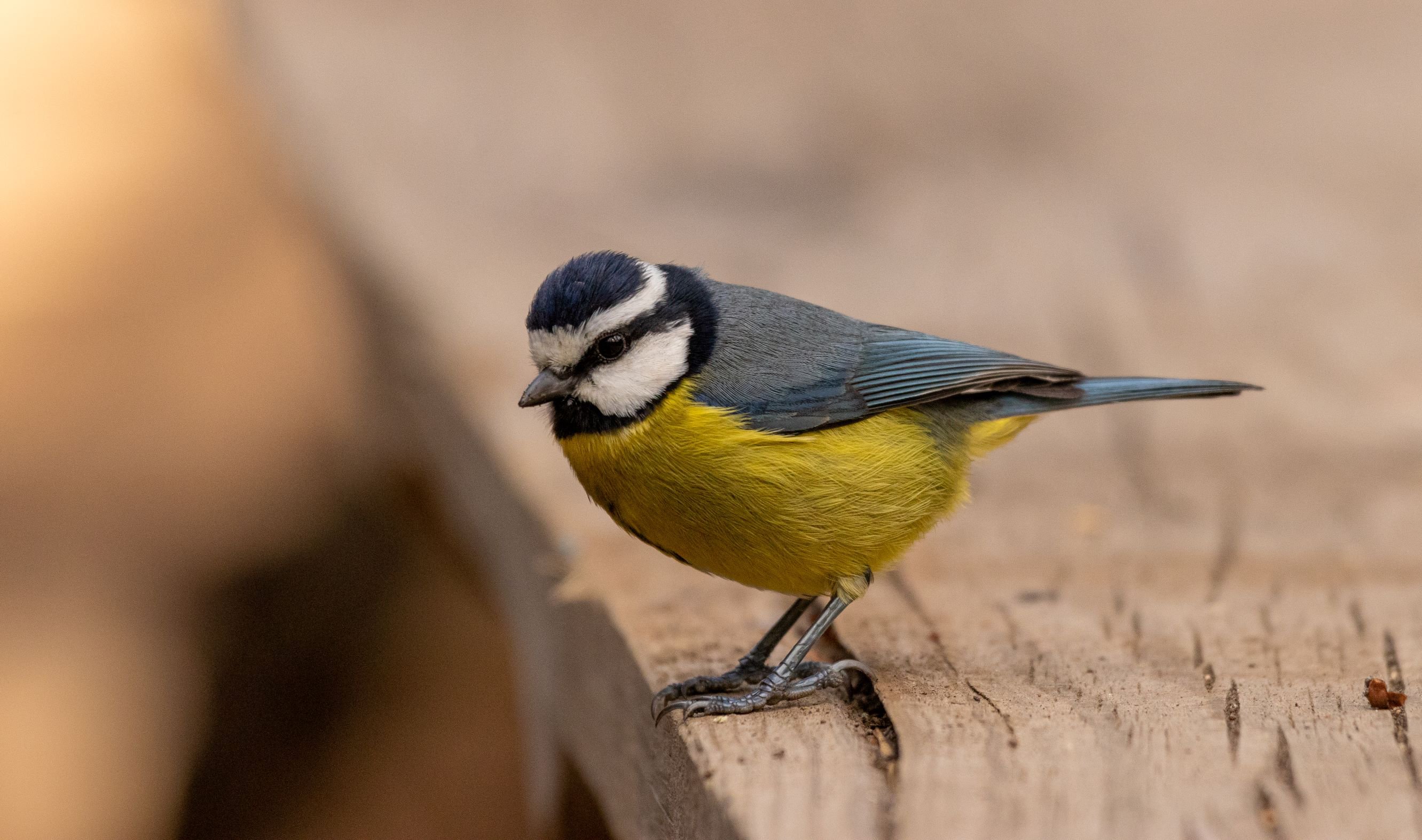 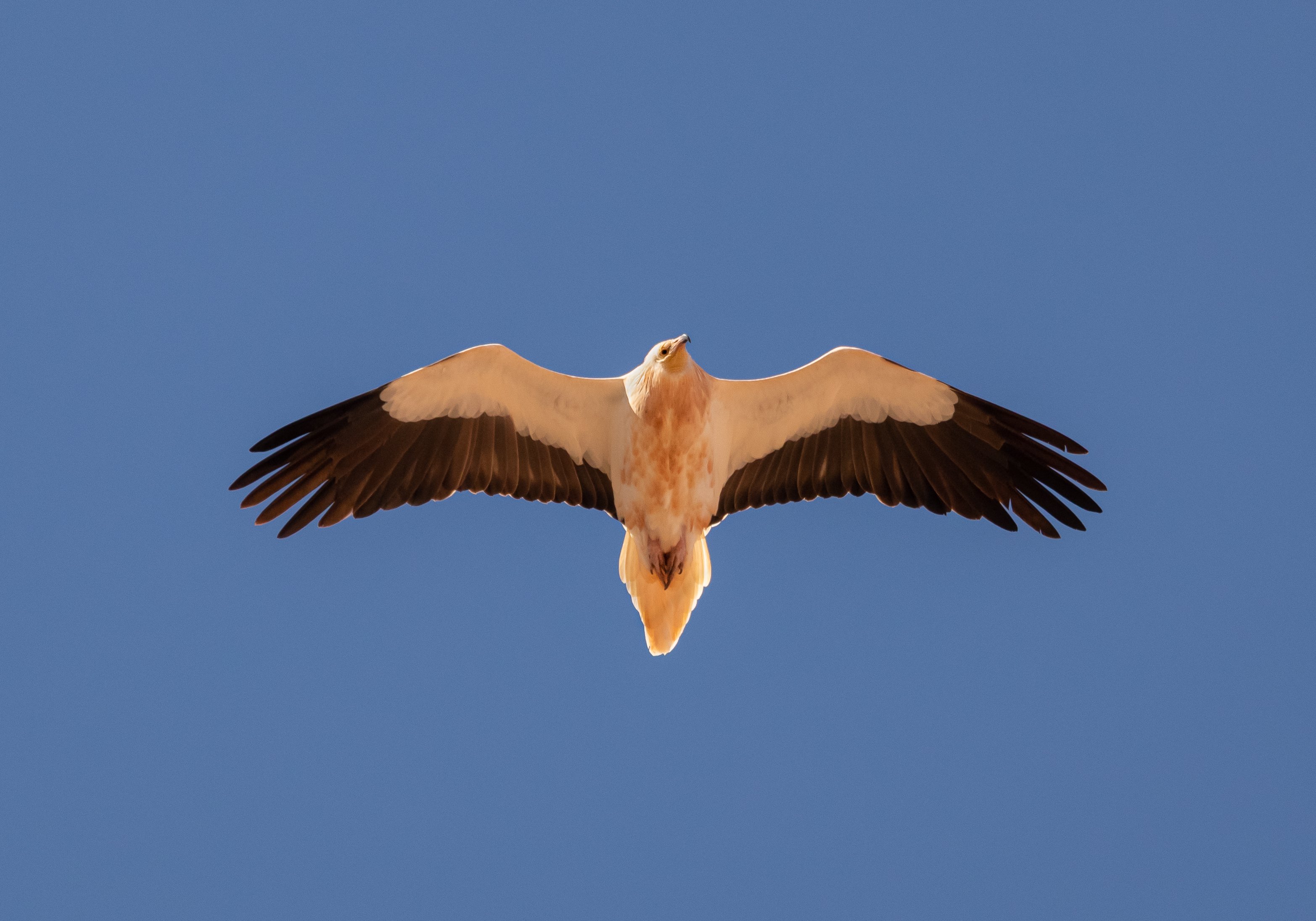 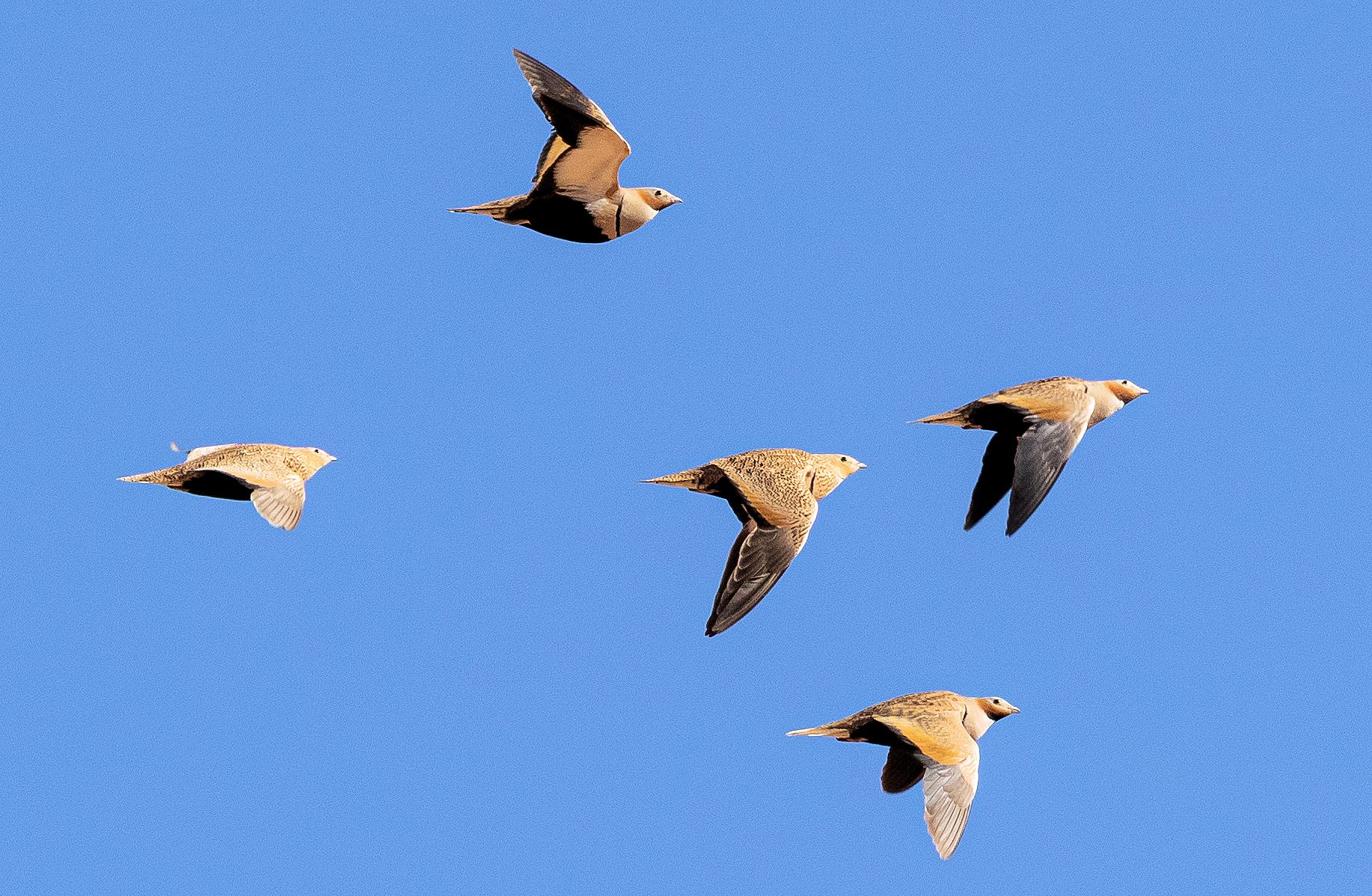 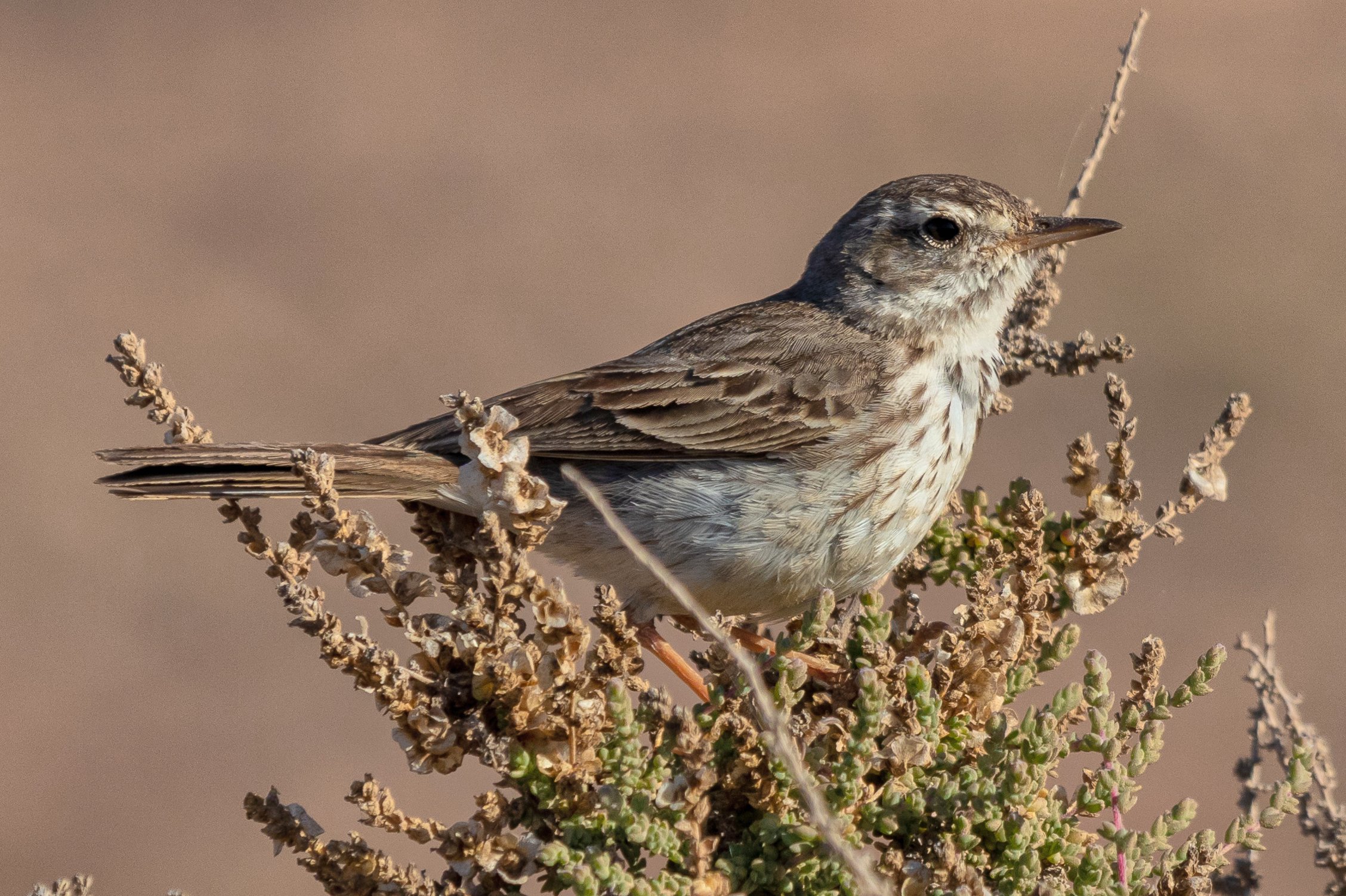 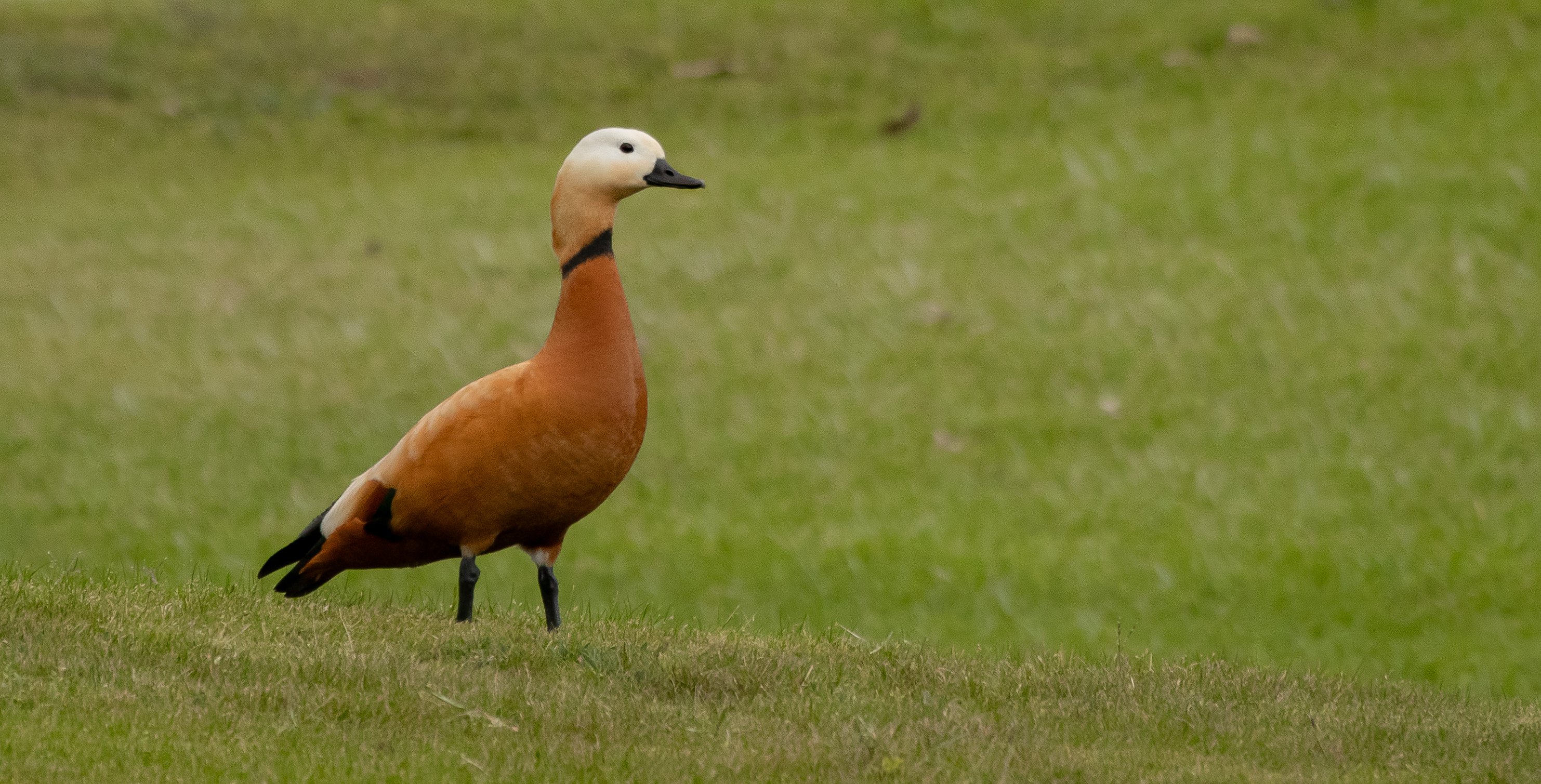 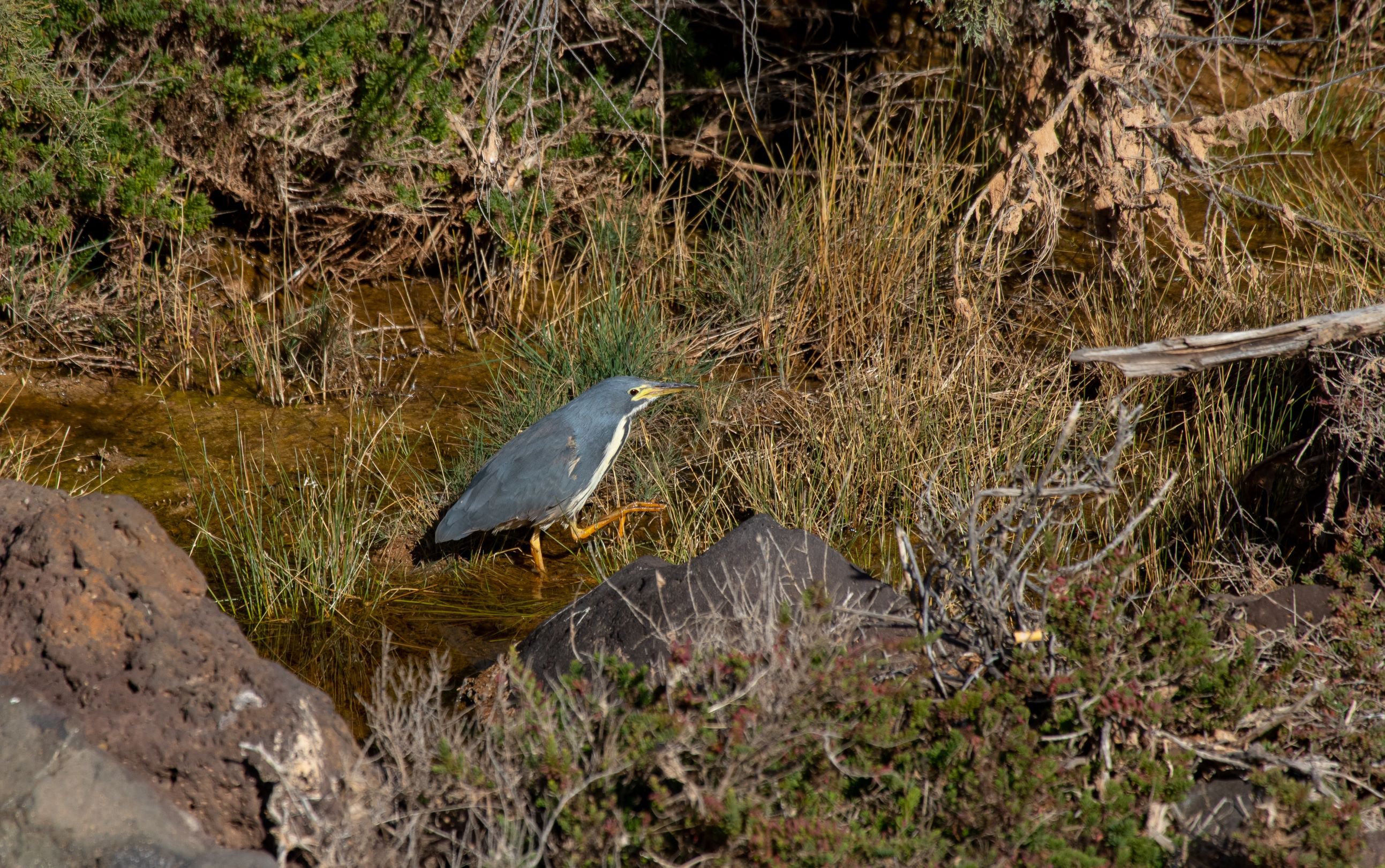 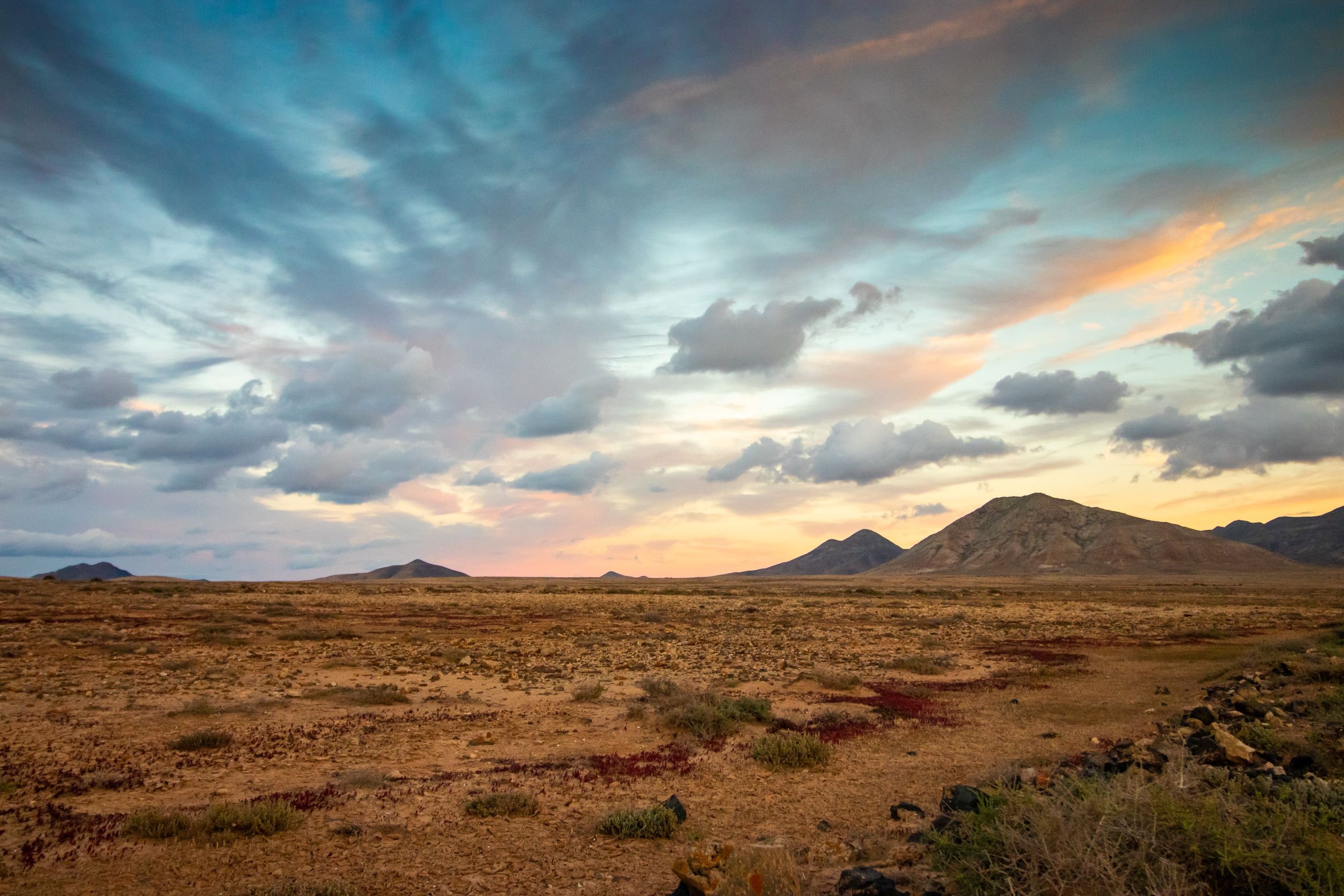 Ask About This Tour

If you have any questions about this tour, please enter your details here and we will get back to you as soon as possible.

Alternatively, contact us by email or phone. We look forward to hearing from you!

Or complete the contact form and we will endeavour to get back to you as soon as possible.